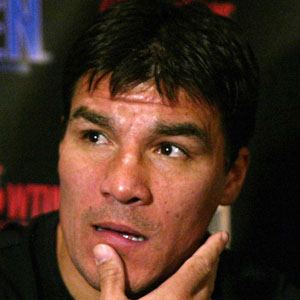 Argentine boxer who became the WBC & The Ring Welterweight Champion, and is known for having one of the best chins in the sport.

He lost his first professional fight to Marco Antonio Rubio.

He pulled off a substantial upset by defeating Unified Welterweight Champion Zab Judah on January 7, 2006.

He was born and raised in Santa Fe, Argentina.

He lost to Floyd Mayweather Jr. by unanimous decision on November 4, 2006.

Carlos Baldomir Is A Member Of