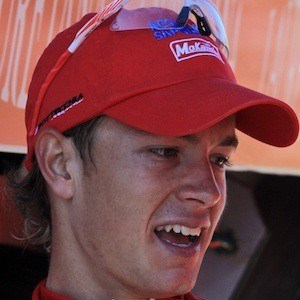 Road racing cyclist who had a breakout 2014, coming in first overall at the Paris-Nice and Tour du Haut Var events. He has ridden for teams like Movistar, Acqua & Sapone and AG2R La Mondiale.

He was raised in the Antioquia region of Ciudad Bolivar, Colombia. As an amateur, he won the 2009 Vuelta a Colombia Sub-23.

He was named as the startlist for the 2017 Tour de France.

He has been teammates with Andrey Amador on Movistar.

Carlos Betancur Is A Member Of