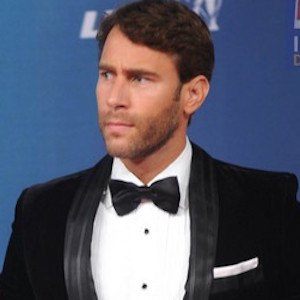 Award-winning Dominican actor who first earned major attention in 2003, when he was cast as James O'Brian on the telenovela Destilando Amor. He has since landed regular roles on a number of other popular telenovelas, including Mañana es Para Siempre and Lo Que la Vida Me Robó.

He spent much of his early life in New York City and Santo Domingo. Before focusing on acting, he was an architect for the Dominican government.

He appears in the music video for LMFAO's 2011 song "Sorry For Party Rocking."

He has been dating the former Miss World Spain Mireia Lalaguna since 2017. In the past he has dated Maite Perroni, Mariana Seoane and Elizabeth Alvarez.

He co-starred with Angelica Rivera on Destilando Amor.

Carlos de la Mota Is A Member Of