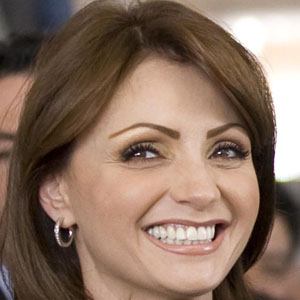 Mexican telenovela actress who has starred in series such as La Duena, Angela and Mariana de la Noche and became the First Lady of Mexico in December 2012.

She had a small part in the soap opera Dulce Desafio in 1989.

She had three daughters, Sofía, Regina and Fernanda, during her marriage to telenovelas producer Jose Alberto Castro. She married her second husband, Enrique Peña Nieto, in November 2010.

She was once married to actress Verónica Castro's brother.

Angélica Rivera Is A Member Of