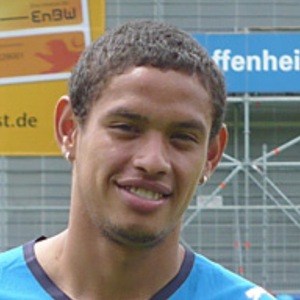 His youth career began in 2006 when he started playing for the Sao Bento club. In 2009, he debuted for his senior career on the club Desportivo Brasil. After being loaned to several clubs, he began playing for Al-Hilal in 2015.

He has won several honors with the Al-Hilal club including the Kings Cup in 2017, the Saudi Super Cup in 2015, and the Saudi Professional League during the 2016-17 season.

He was born and raised in Ribeirao Preto, Sao Paulo, Brazil.

Kwak Tae-hwi has also played with the Al-Hilal club.

Carlos Eduardo Is A Member Of