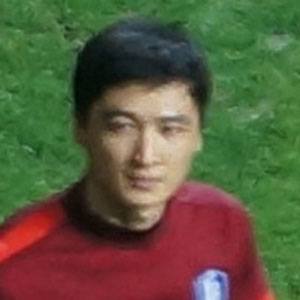 Center back who joined Al-Hilal in 2014 after spending a year with Al Shabab and three years with Ulsan Hyundai. He became a member of the South Korean national team in 2008.

He debuted professionally for FC Seoul in 2005.

He scored his first career international goal on February 2, 2008 in a 2010 World Cup Qualifier against Turkmenistan.

He was born in Chilgok, Gyeongbuk, South Korea.

He and Lee Bum-young became teammates on the South Korean national team.

Kwak Tae-hwi Is A Member Of