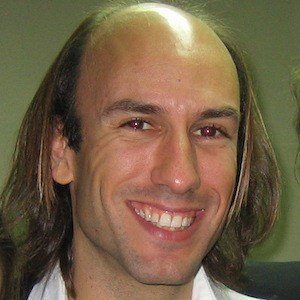 Spanish singer and bagpipe player who has released albums like Cinema Do Mar and Alborada do Brasil. He is known for songs like "Saint Patrick's An Dro" and "Os Amores Libres."

He started playing the bagpipes when he was eight years old.

He worked on the soundtrack for the 2006 film Tales from Earthsea.

He hails from Vigo in Spain. His brother Xurxo is also an artist.

He collaborated with musician Ry Cooder on his 1996 album A Irmandade Das Estrelas.

Carlos Núñez Is A Member Of