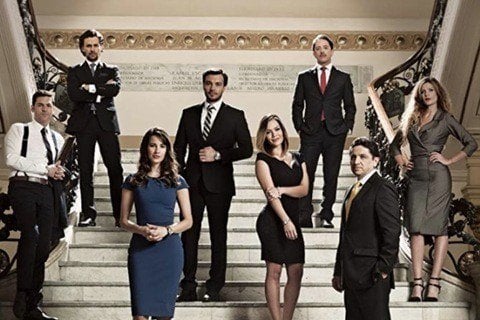 Colombian telenovela which takes place in a successful law firm specializing in family law. The show cleaned up at the TVyNovelas Awards Colombia, winning in 10 of the 15 categories in which it was nominated, including Best Telenovela.

Televisa made an adaptation of the show called Por Amar Sin Ley. It was also confirmed that actress Ellen Pompeo would a produce a version of the telenovela for the United States called Big Law.