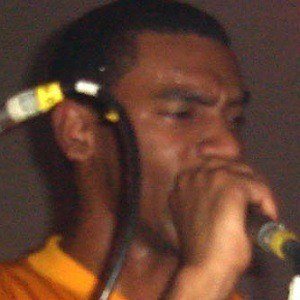 Rapper known as one-third of the Colombian hip-hop group ChocQuibTown. The group released their first album, Somos Pacifico, in 2006.

In 2010, ChocQuibTown began an international tour, which included a stop at US festival South by Southwest.

He was born and raised in Quibdo, Colombia.

Carlos Valencia Is A Member Of