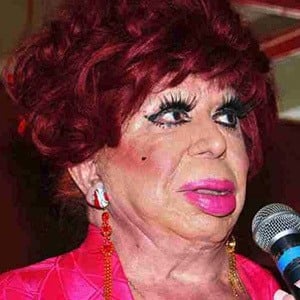 Spanish actress who was known for appearing in TV series such as Mis ex novias and Palomitas. She appeared as herself on the TV show Toni Rovira y tú.

One of her earlier acting roles was in the 2003 TV series Soy puta pero mi coño lo disfruta.

She also worked as a singer, performing under the name of Miguel de Mairena. She also appeared as herself on the TV program ¿Dónde estás, corazón?

She hailed from Barcelona, Spain.

She acted alongside actor and screenwriter Santiago Segura in Torrente 4.

Carmen de Mairena Is A Member Of