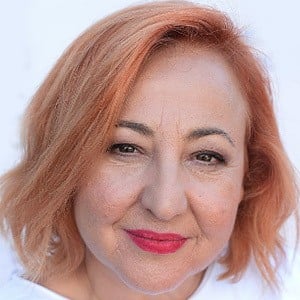 Award-winning Spanish actress whose career reached new heights when she was cast in the sitcoms 7 vidas and Aída. She also had prominent roles in the feature films Los abrazos rotos and La puerta abierta.

One of her first credited acting parts was a guest appearance on the series Manos a la obra in 1999.

She won a 2015 Goya Award for Best Supporting Actress for Ocho apellidos vascos.

She was raised in the city of Getafe, Spain but her father's family is from Genoa, Italy.

In 2019, she began starring on the show Criminal alongside actress Inma Cuesta.

Carmen Machi Is A Member Of