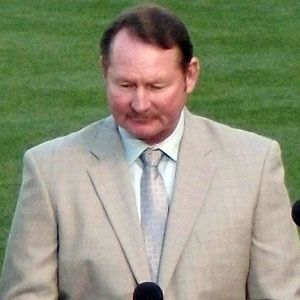 15-year veteran third baseman who won a batting title in 1981.

He was drafted directly out of high school by the Anaheim Angels.

He anchored third base for the Oakland Athletics during their championship pennant game in the late 1980s.

His son Jared followed in his footsteps and was drafted by the Oakland A's in 2005.

He played for the Oakland Athletics and usually batted second in the lineup behind Hall of Fame speedster Rickey Henderson.

Carney Lansford Is A Member Of