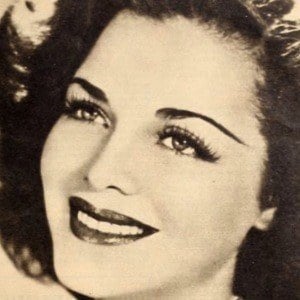 Stage and screen actress who is remembered for playing Julie in the 1946 Broadway revival of Show Boat. She was known to television audiences as Mama Carlson in the situation comedy WKRP in Cincinnati.

She started out as a nightclub singer. She debuted on Broadway in Irving Berlin's Louisiana Purchase.

She played Gordon Jump's onscreen mother on WKRP in Cincinnati.

Carol Bruce Is A Member Of