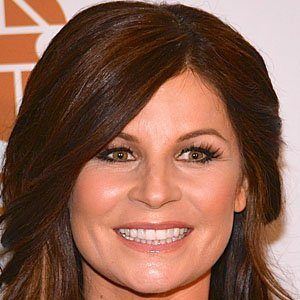 Swedish singer who represented her native country three times in the Eurovision Song Contest, winning the competition in 1991. Her debut album, Framling, sold one million copies.

She won her first talent competition in 1977 at the age of eleven.

She made her musical theater debut as the star of a 1995 production of The Sound of Music.

She was married to Norwegian religious leader Runar Sogaard from 1990 until 2000. The couple had two children, Amadeus and Zoe.

She collaborated with Maurice Gibb and the Bee Gees on a 1985 album entitled Runaway.

Carola Haggkvist Is A Member Of