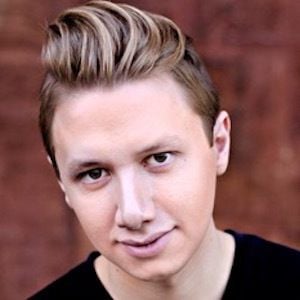 Primarily known as a prankster on YouTube, he and his girlfriend take turns playing pranks on each other to the delight of more than 130,000 subscribers.

He posted a first prank video to his channel in December of 2015 after registering for the channel just one month earlier.

He created a secondary vlog channel called Cashmore Vlogs at the same time of launching his main channel. He would create his Cashmore Gaming channel in February of 2016.

He was born in Newport Beach, California. His girlfriend is named Jessa.

He created a channel similar in content to that of Jesse Wellens and Jeana Smith's channel when they were still together.

Carson Cashmore Is A Member Of