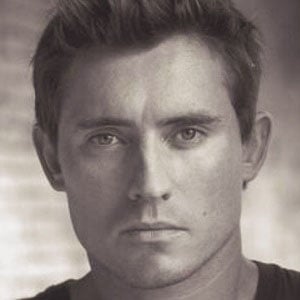 Most famous for his role as Finn Mikaelson in the American television series The Vampire Diaries, Zafer is also known for his work in the series Dream Team and in the films Two Families and True True Lie.

In the mid 1990s, he studied acting at the United Kingdom's University College of Ripon and York St. John.

Early in his career, he acted in a BBC adaptation of The Hound of the Baskervilles.

Born in the Ukraine and raised primarily in the Middle East, he later lived and worked in England and the United States.

He and Paul Wesley both rose to fame for their roles in The Vampire Diaries.

Caspar Zafer Is A Member Of