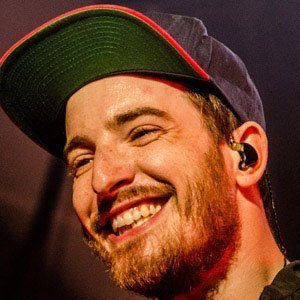 He was previously a member of the rap trio Kinder des Zorns.

He is known for the rough quality of his voice, acquired from his early days of singing in punk rock bands.

He moved to Germany from Augusta, Georgia to live with his mother and sister at age eleven.

He and Samy Deluxe are both prominent rappers from Germany.

Casper Is A Member Of