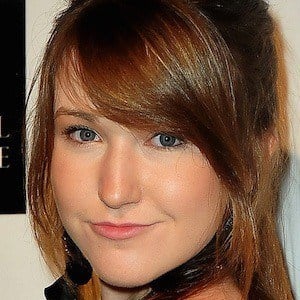 Singer and songwriter known for the release of her single "Worth the Fall" in 2014. She has released several other successful singles and gained a substantial social media following of more than 10,000 Twitter followers.

She began her career as a ballet dancer at nine years old. She learned to play piano and guitar by ear and by fourteen years old had taken up songwriting.

In addition to her successful career as a pop singer, she has worked as a model.

She grew up in the midwest with her parents, inheriting her parents' love of singers like Pat Benatar and Celine Dion. She has a younger brother.

She has a self-titled YouTube channel where she has posted covers of songs by artists like Sam Smith, Justin Timberlake, and Katy Perry.

Cassandra Michaels Is A Member Of