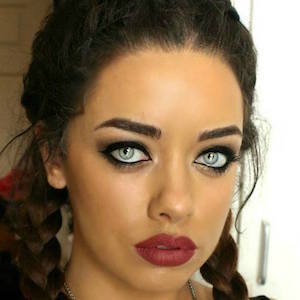 YouTube vlogger known for her self-titled channel where she has gained more than 260,000 subscribers posting a variety of videos, from PSAs against bullying to makeup tutorials to challenge and tag videos.

She launched her YouTube channel in February 2009 with a video series documenting her experiences with Kawasaki disease, a condition involving the inflammation of the blood vessels.

A passionate gamer and cosplayer, she has played games like Call of Duty and Outlast on her channel and dressed up as iconic video game characters like Tomb Raider's Lara Croft. She has had a number of heart surgeries due to her suffering from Wolff-Parkinson White syndrome with Supraventricular Tachycardia.

She has dated Xavi Shinwari, a YouTube prankster and vlogger known by the name Carnage.

One of her most popular YouTube videos is "Adriana Lima/Megan Fox Inspired Makeup Tutorial" posted in May 2014.

Cassidy Valentine Is A Member Of