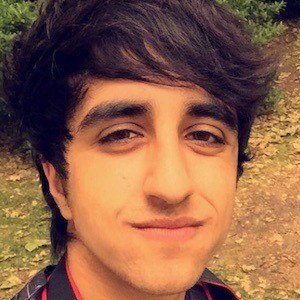 Actor, daredevil and prankster who gained a following on his YouTube channel, Carnage. He has published viral videos that include "Charlie Charlie Challenge Completed! (GONE WRONG!)" and "Are Swegway Hoverboards Really Ilegal?" He started acting professionally in addition to his YouTube career in February of 2014.

Growing up, he was a gaming addict. He posted a "Channel Introduction" video to his YouTube channel in March of 2014.

He jumped off London Tower Bridge in 2015 at the age of 17. He calls his fans Shinwarriors, in reference to his last name.

He was born in Nangarhar, Afghanistan and later resided in London, England.

One of his more viewed videos is titled "KSI Lamborghini Prank Behind The Scenes!"

Xavi Shinwari Is A Member Of