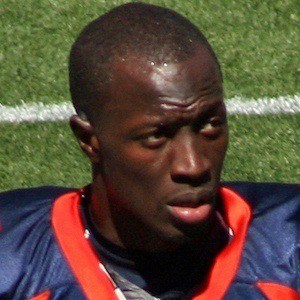 NFL cornerback who signed with the Denver Broncos as an undrafted free agent in 2010. He played college football at the University of Mississippi.

He did a bit of everything in high school, playing offense and defense in football, twice lettering in basketball, and being named MVP of the track team.

He also played for the Indianapolis Colts, Detroit Lions, and Baltimore Ravens. He was named AFC Defensive Player of the Week for week 14 of the 2012 season.

He was born to Cassius Vaughn and Paulette Reid.

He and Kendrick Lewis were teammates at Ole Miss.

Cassius Vaughn Is A Member Of