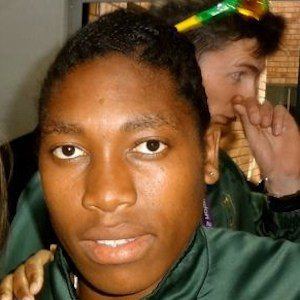 Olympic athlete who is widely known for competing in middle-distance running track and field events. She won the gold medal in the 800m event at the 2012 and 2016 Summer Olympics.

She discovered her love for running while training as a soccer player in her youth.

She was the recipient of the South African Sportswoman of the Year Award at the 2012 South Africa Sports Awards in Sun City. Early in her career, she was subject to gender testing following a dramatic improvement in her race times.

She married her longtime partner Violet Raseboya in 2015.

Both she and Genzebe Dibaba competed in the 1500m at the 2017 World Championships.

Caster Semenya Is A Member Of