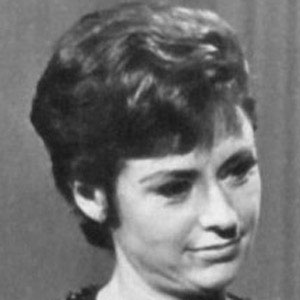 Singer and dancer from France best known for songs like 'The Breeze and I' as well as her many appearances on The Dean Martin Show. She has also performed in film musicals like 'Here I Am, Here I Stay'.

She grew up in a show business family and released her first album, "The Hi-Fi Nightingale", in 1996.

She was honored with a lifetime achievement award at the Echo awards in Germany in 2002.

Her mother was a professional clown while her father was a respected accordion player.

She was married to famed jazz pianist Roy Budd, with whom she had a son named Alexander.

Caterina Valente Is A Member Of