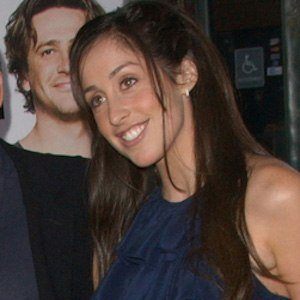 Actress known for her recurring roles on popular television comedies like Black-ish, It's Always Sunny in Philadelphia, and for providing the voice for Wheel-Cher in the Seth MacFarlane animated series Family Guy.

After graduating from the prestigious Cate School, she went on to earn a degree in acting from the University of Southern California.

In January 2011, she launched the film review YouTube series Breakin' It Down with Catherine Reitman.

She is the daughter of French-Canadian actress Geneviève Robert and director Ivan Reitman. Her sister is Caroline Reitman and her brother is director Jason Reitman.

She has been known to fill in for Kevin Smith as a co-host on his and Ralph Garman's podcast Hollywood Babble-On.

Catherine Reitman Is A Member Of