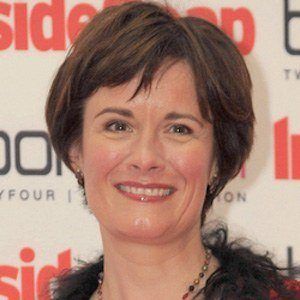 Stage and television actress best known for appearing in English soap operas like Holby City, EastEnders, and The Cazalets. Some other notable credits include The Inspector Lynley Mysteries, Chandler & Co, and Chelworth.

She spent three years training at the Central School of Speech and Drama from 1983 to 1986.

She has starred in numerous productions on the West End and been nominated for an Ian Charleson Award for her role in Anton Chekhov's Three Sisters.

Her father is Are You Being Served? actor Nicholas Smith and her mother's name is Mary. She married film producer Richard Holmes and they had two children named Sam and Poppy.

She is well-recognized for starring as Camilla in the 2004 sequel Bridget Jones: The Edge of Reason alongside Colin Firth and Renee Zellweger.

Catherine Russell Is A Member Of