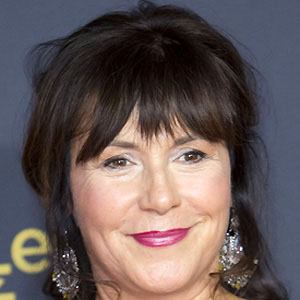 Comedian and writer who won 18 Gemini Awards and created the series, This Hour Has 22 Minutes, where she plays many characters including Love Murphy.

She toured for a Summer with the Newfoundland Traveling Theatre Company after her brother, the known comedian, Andy Jones recommended her for the gig and soon after, in 1973, she went to Toronto where she formed the comedy troupe, CODCO.

She has considered herself a Shambhala Buddhist since 1992 when she started practicing with the organization.

She had a daughter, Mara, from a previous marriage and she was married to painter, Paul Hannon from 1996 until 1999 with whom she had another daughter, Elly.

Rick Mercer is the co-creator of Jones' television series, This Hour Has 22 Minutes and he also appears in her 2006 biopic, Keeping Up with Cathy Jones.

Cathy Jones Is A Member Of