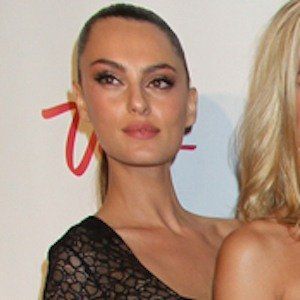 Model who is known for her appearances in the Sports Illustrated Swimsuit edition. She appeared between 2006 and 2009.

She competed in the Ford Models' Supermodel of Romania competition at age 16. She finished third.

In 2002, she was crowned Romania's Model of the Year. Since, she has appeared as an official face of Giorgio Armani and Lise Charmel's worldwide lingerie brand.

She was born and raised in Iași, Romania.

She signed with the Next Models agency in New York City, along with Adrianne Ho.

Catrinel Menghia Is A Member Of