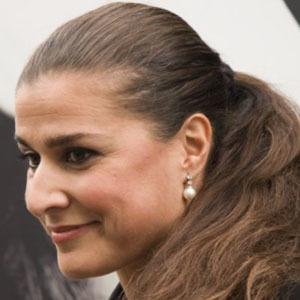 Italian opera singer with a versatile range who is known for her versions of music by Mozart, Bellini and Rossini. She took home her 5th Grammy Award in 2011 for Best Classical Vocal Performance for Sacrificium.

At age 19, she made her television debut with a performance on the program Fantastico.

She received the prestigious Herbert von Karajan Music Prize in 2012.

Her parents Silvana and Pietro were both professional vocalists. She married singer Oliver Widmer in 2011.

She has collaborated with conductor and pianist Daniel Barenboim.

Cecilia Bartoli Is A Member Of