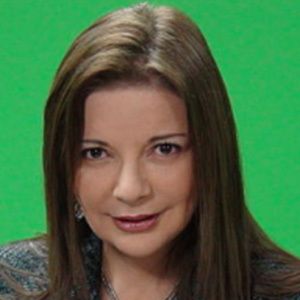 Peruvian journalist, writer, and lawyer who is best recognized for hosting the program La Ventana Indiscreta. She is also known for her work as a political correspondent for the ATV network including on the programs Aqui y Ahora and Sin Censura.

She started her career as a journalist in 1989 when she wrote for the Si magazine. She then started writing for The Peru Report in 1992 before she started her television career in 1998, hosting the Aqui y Ahora program for the ATV network.

She received the Courage Award for her reporting and coverage of the Violation of Human Rights in Peru.

She was born and raised in Arequipa, Peru and her parents are Alberto Valenzuela and Rosa Valencia.

She is known for having hosted the La Ventana Indiscreta Program where she covered the Peru Posible political party as well as President Alejandro Toledo.

Cecilia Valenzuela Is A Member Of