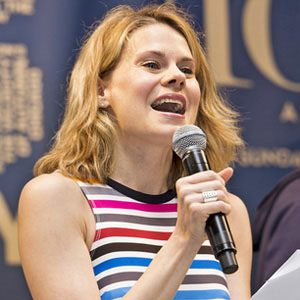 Stage actress who starred in the Broadway productions of The 25th Annual Putnam County Spelling Bee, Les Misérables, and Peter and the Starcatcher. In 2015 she played Stacey in the horror film The Visit.

She graduated from the University of Michigan's musical theatre performance program.

In 2005, she was nominated for a Tony Award for her performance in The 25th Annual Putnam County Spelling Bee.

She grew up with a brother named Andrew and a sister named Maggie, both of whom also became actors.

She and fellow actress Kelli O'Hara were both nominated for Tony Awards.

Celia Kennan-Bolger Is A Member Of