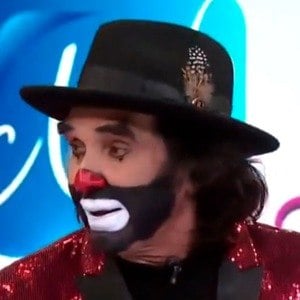 TV presenter, clown and singer who worked on the educational programming channel Televisa.

He first worked as a dentist and would paint his face like a clown in an effort to not scare children while he worked on their teeth.

He suffered two heart attacks during his career but recovered from both.

He was born in Monterrey, Mexico. He had a son named Ricardo González Jr.

Cepillín Is A Member Of