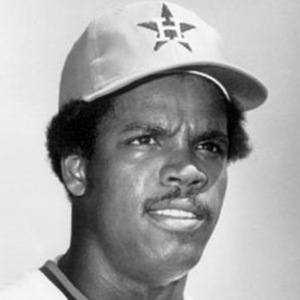 Four-time All-Star who spent 17 seasons with the Houston Astros.

He was once referred to as the next Willie Mays by former Astros manager Leo Durocher when we debuted in 1970.

He beat Hall of Fame right fielder Roberto Clemente for a starting spot on the 1972 National League All-Star team.

Cesar Cedeno Is A Member Of