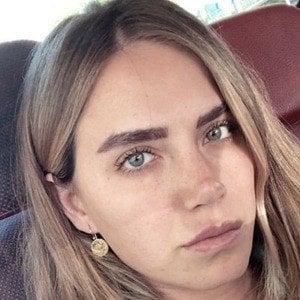 Actress who starred as Hande on the TV series Adini feriha koydum.

She began acting at a young age, taking acting lessons at the Baris Manco Cultural Centre.

She played Leyla on the TV series Kavak Yellen in 2010.

She was born in Ankara, Turkey and has a brother and sister. She and her husband Buğra Toplusoy welcomed a daughter in November 2020.

She was a child beauty pageant winner, like Eden Wood.

Ceyda Ates Is A Member Of