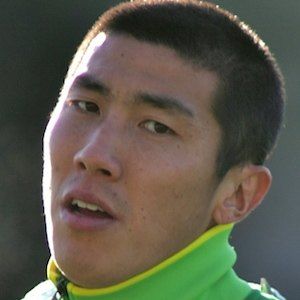 Versatile right back and winger who is known for both his national and international playing careers. He has played for a wide array of Bundesliga clubs, including FC Mainz and Fortuna Düsseldorf. He has also earned caps with the South Korean national team.

He played for Korea University's men's soccer team between 1999 and 2002. He subsequently made his Bundesliga debut in 2002 with Arminia Bielefeld.

He made his international debut at the 2002 World Cup as a member of the South Korean national team. He also later played for the 2010 World Cup team.

His father, Cha Bum-Kun, was a star soccer player in the German Bundesliga.

He captained South Korea's national team at the 2011 Asia Cup in place of Park Ji-Sung.

Cha Du-ri Is A Member Of