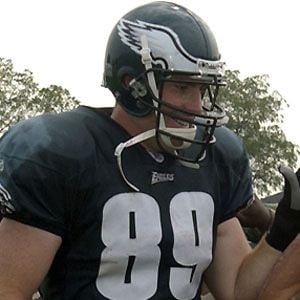 NFL tight end who played for both the Philadelphia Eagles and the St. Louis Rams.

He studied and played at Brigham Young University, where he was an All-WAC first-team selection.

He once served as a Mormon missionary in Taiwan for two years, enabling him to learn Mandarin.

He was born in Orem, Utah.

He and Lesean McCoy both played for the Philadelphia Eagles.

Chad Lewis Is A Member Of