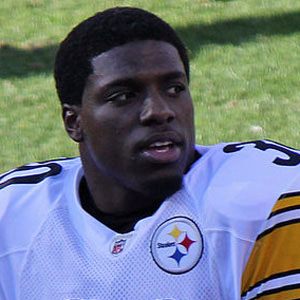 NFL running back who found a spot on the Houston Texas in 2013 after having a backup role on the Steelers in 2012. He originally went undrafted in 2011.

He broke single season and career rushing yardage and touchdowns records as the star running back at North Central High School.

He was named the MAC Offensive Player of the Year after leading the NCAA in rushing touchdowns in 2010.

He and quarterback Taylor Martinez helped the Nebraska Cornhuskers reach a rare 11-win season in 2010.

Chad Spann Is A Member Of