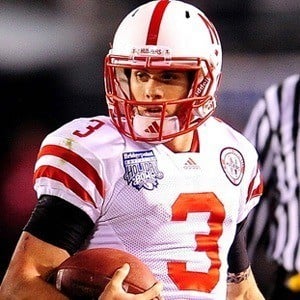 University of Nebraska starting quarterback from 2010 to 2013; finished his career with 7,258 passing yards, 2,975 rushing yards and 87 combined touchdowns.

He played football at Centennial High School, where he led his team to a California Interscholastic Federation state championship as a senior.

He was born and raised in Corona, California.

At Centennial High School he was teammates with future NFL linebacker Vontaze Burfict.

Taylor Martinez Is A Member Of