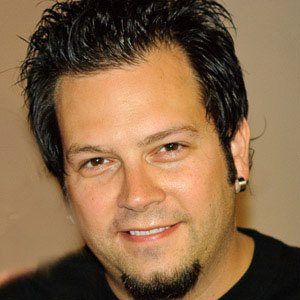 Post-grunge guitarist with the Platinum-selling band Live who also joined The Gracious Few in 2009.

He had his greatest commercial success playing on Live's eight-times-Platinum-selling album Throwing Copper.

He and his wife Lisa have three children named Ruby, Scarlett, and Delilah.

He was bandmates with lead singer Ed Kowalczyk in Live until he left the band in 2009.

Chad Taylor Is A Member Of