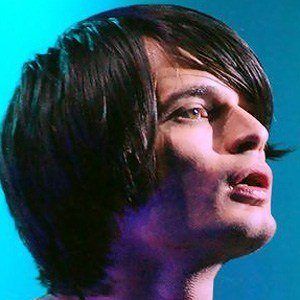 Multi-instrumentalist and composer who played lead guitar for the rock band Radiohead. He also worked as composer-in-residence for the BBC Concert Orchestra.

He and Radiohead (known at the time as On a Friday) signed their first record deal with EMI in 1991.

His brother, Colin, was also a member of Radiohead.

He married Sharona Katan in 1995; they had three children: Tamir, Omri, and Zohar.

He composed the soundtrack to There Will Be Blood, an Oscar-nominated film starring Daniel Day Lewis.

Jonny Greenwood Is A Member Of