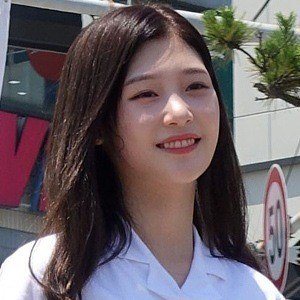 South Korean pop singer/songwriter who rose to fame as a member of the girl group DIA. She is also known for having competed on the televised talent show competition Produce 101. In 2019, she began starring in Netflix's My First First Love.

She attended the School of Performing Arts Seoul.

In late 2016 she was cast on the science fiction television series 109 Strange Things.

She starred opposite of Choi Tae-joon on the series 109 Strange Things.

Chae-yeon Jung Is A Member Of