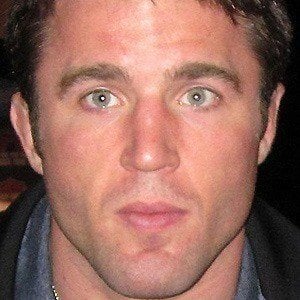 UFC fighter who in late 2012 was ranked the #2 middleweight in the world.

He fought in the light heavyweight class for the first time in 2013. He long had dreams of pursuing a career in professional wrestling, and in 1998 attended a tryout for World Championship Wrestling at the WCW Power Plant.

He grew up with six brothers and one sister. His mother is named Claudia and his father Patrick passed away in 2002. In 2013, he married Brittany Smith.

Chael Sonnen Is A Member Of