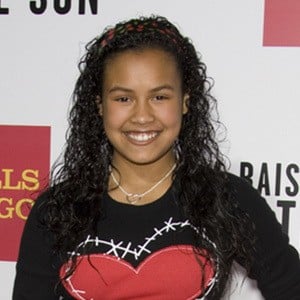 Actress known for her feature film appearances and television show roles as well. She is best recognized for her work on The Polar Express and on the show Zoey 101.

She began by taking modeling classes at a local YMCA and went to New York where she booked her first commercial for New York College Saving Fund. She then started doing voice-over work in 2002 and in 2004 she made her feature film debut in The Polar Express.

She is also known for having appeared on an episode of Dog Whisperer with Cesar Millan in 2004.

She was born on Lakenheath Air Force Base in England while her mother Teresa served in the United States Air Force.

She starred alongside Tim Allen and Elizabeth Mitchell in the 2006 feature film The Santa Clause 3: The Escape Clause.

Chantel Valdivieso Is A Member Of