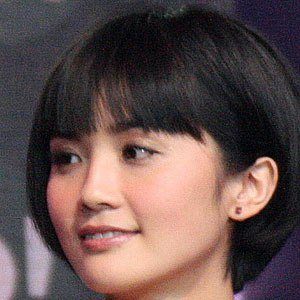 Best known as one half of the Cantopop music group Twins, this Hong Kong vocalist also had a solo career, releasing her first certified Gold album, Two Without One, in 2009. Also an actress, she guest-starred in such Cantonese television series as Sunshine Heartbeat and Kung Fu Soccer.

Though a native of Vancouver, Canada, she spent the majority of her childhood in Hong Kong. She grew up speaking Cantonese, Mandarin, and English.

She received a Puchon International Fantastic Film Festival Award and several other honors for her role in a 2006 thriller titled Diary.

Her marriage to fellow Cantopop vocalist and actor Ronald Cheng lasted from 2006 until 2010. In 2010, she became romantically involved with another singer and actor, William Chan.

She and Gillian Chung formed the Twins music duo.

Charlene Choi Is A Member Of