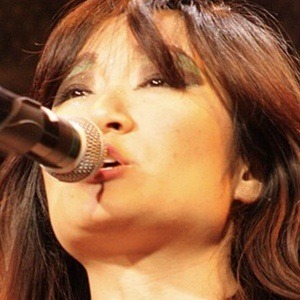 Singer, songwriter, and musician who rose to fame opening for the popular theater company Starkid Productions on two consecutive national tours. Her full-length album Animal Love, produced through Kickstarter, topped out at #15 on the iTunes pop charts in 2012.

She took interest in music from an early age, taking lessons in piano, guitar, ukulele, violin, and clarinet. However, she ceased piano lessons at sixteen when she took an interest in rock music and began composing her own music with GarageBand. She would then move on to study English at the University of Michigan.

She was born in Hawaii but moved with her parents and sister Liann to Hong Kong and Singapore before finally settling in Scottsdale, Arizona.

In 2011, she released a duet with Glee's Darren Criss titled "Dress and Tie" and the following year opened for him on his national Listen Up tour.

Charlene Kaye Is A Member Of