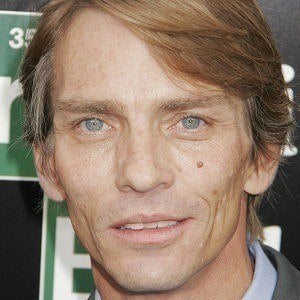 Actor best known for his portrayal of the character Skinny Pete on the AMC TV series Breaking Bad. He appeared in 15 episodes.

He pursued both acting and music at the University of Texas at Arlington. Following his schooling, he landed a few acting jobs, and decided to pursue it as his career full time.

In addition to appearing on Breaking Bad, he had a role on the TV series The Blacklist. In 2014, he played a minor role in the Reese Witherspoon-led drama Wild.

His father was a colonel within the US Army, and as a result, the family moved around with great frequency when he was younger. He met his future wife while doing theater around Texas after having finished college.

He was cast in Terrence Malick's film To the Wonder in 2011.

Charles Baker Is A Member Of