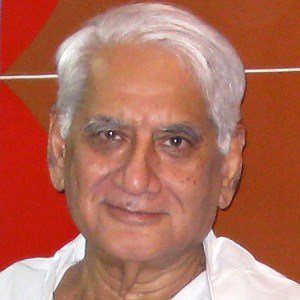 Responsible for bringing modern architecture to post-independence India. He received the Padma Shri in 1972 and the Padma Vibhushan in 2006. In 1984, the Royal Institute of British Architects bestowed the Royal Gold Medal for architecture upon him.

He did his graduate work at the University of Michigan and MIT. He opened his firm in Bombay in 1958.

His concern for the urban poor and the need for low-cost shelters led him to establish the Urban Design Research Institute in 1984.

His family was residing in Secunderabad, India, when he was born. He married and had two children.

His first major projects included the Mahatma Gandhi Memorial Museum in India and the McGovern Institute for Brain Research at MIT.

Charles Correa Is A Member Of