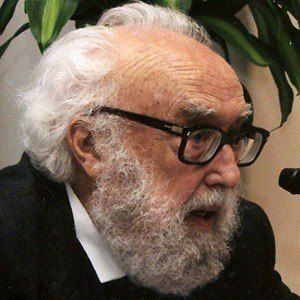 Industrial designer and urban planner who designed the Milano Repubblica railway station. Winner of many architectural awards throughout his career.

He graduated from Politecnico di Milano in 1948, after which he relocated to the United States where he found work as a visiting professor at the Illinois Institute of Technology. He then returned to Italy to open his own firm.

He designed numerous residential buildings; his industrial designs included a crystal objects series from 1986 until 2006 and the Ergonomica steel collection in 1990; and he also constructed many sculptures.

His family was residing in Milan when he was born.

Angelo Mangiarotti Is A Member Of