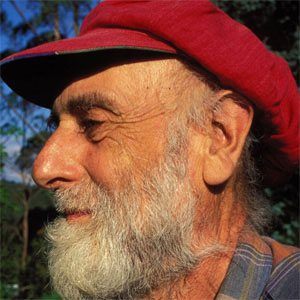 New Zealand artist and architect known for his use of vibrant colors. He created designs for flags, postage stamps, and clothing, and also designed facades for buildings.

He studied at Vienna's Academy of Fine Arts for three months, after which he traveled Europe, meeting René Brô in Florence. His first exhibition was in Vienna in 1952 and 1953 and was met with great critical acclaim.

He created the Koru Flag, which became one of his most famous pieces.

He and and his mother, Elsa, posed as Christians during World War II to escape the Nazis. He was married twice--to Herta Leitner and Yuko Ikewada--and had one daughter.

He was Jewish, but joined the Adolf Hitler Youth in an effort to remain inconspicuous. This ruse was possible in large part because Hundertwasser's father was Catholic.

Friedensreich Hundertwasser Is A Member Of