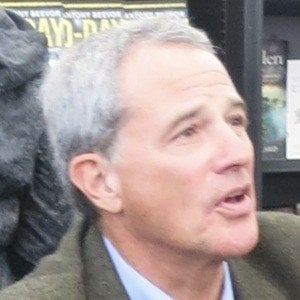 American journalist and author who was the ABC News chief Middle East correspondent from 1983 to 1993. He broke several of the biggest stories of the 20th century, including the 1986 hijacking of TWA Flight 847 and Saddam Hussein's foray into biological weapons.

He obtained his undergraduate degree at the University of Southern California and did graduate studies at the American University of Beirut.

He wrote the book Tribes With Flags: A Dangerous Passage Through the Chaos of the Middle East in 1991.

He was married to Fiona Glass and had four children and two stepchildren.

He covered the Arab-Israeli war in 1973 with Peter Jennings.

Charles Glass Is A Member Of