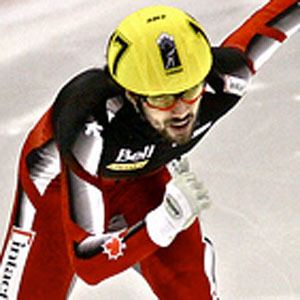 Two-time world champion speed skater in the 5000m relay, he also won the gold medal in the event at the 2010 Winter Olympics in Vancouver.

He came to national attention with two silver medals and a bronze at the 2003 World Junior Short Track Championships, and he followed it up with several World Championship medal wins.

As early as 2011, he announced he would shift focus from winning medals immediately to preparing for the 2014 games in Sochi.

His brother François Hamelin also competed in the Olympics skating events, and his father was the director of the national short track team.

Cody Hay also skated for Canada at the 2008 World Championships and the 2010 Olympics.

Charles Hamelin Is A Member Of